The “Glass Half Full” Approach to Discipline for Parents

What do you think of when you hear the word “discipline?”  Does the word conjure up negative thoughts in your mind?  Thoughts of punishment?  For many, the words discipline and punishment are synonymous.  However, they are actually two very different approaches that yield very different outcomes when it comes to dealing with your child’s behavior.

It is a fact of life that children will make mistakes.  Our reaction as parents to those mistakes can make a big difference in a child’s ability to learn from them.  Let’s take a closer look at each approach mentioned and how each can affect your child.

Punishment can be defined as an intervention that instills a penalty for a child’s offense.  More often than not, it results from a sense of desperation or frustration on the part of the parent in order to maintain control.  As such, it is more of a reaction to stop a child from doing what you don’t want him to do.   In other words, punishment might bring an end to the misbehavior in the short term, but does nothing to correct or improve future behavior.

Punishment sends a negative message to the child, one that leads him to believe his parent must manage his behavior because he cannot do it on his own.  There is no way to learn or grow from the mistakes made.

Discipline, on the other hand, focuses on teaching a child to learn from her mistakes and find better ways to solve future problems.  It is a more proactive approach in which logical consequences can be used to deter undesirable actions and reward systems can be employed  to reinforce positive behavior.

Discipline, when administered effectively, helps children learn to control their behavior, build character and develop an understanding of right vs. wrong.  It is also a way to teach children how to deal with their feelings in a constructive manner.

Let’s take a look at an example to illustrate the difference between these two approaches:

SITUATION:  Tommy and his sister Janie get into an argument after dinner.  Tommy becomes so angry that he proceeds to throw several toys at his sister.

APPROACH A - Punishment:  Mom sends Tommy to his room for the rest of the evening and confiscates the toys he threw at his sister.  Result:  Tommy becomes angry with his mother for sending him to his room and taking away his toys.  The next day Tommy gets into another fight with his sister and subsequently throws a different set of toys at her, forcing mom to step in yet again.

APPROACH B - Discipline:  Mom sends Tommy to his room for 10 minutes to cool down.  After 10 minutes, mom follows up with Tommy and explains to him that throwing toys is not an acceptable way to address the issue with his sister.  Together they discuss ways in which he could have better handled the situation.  Tommy then agrees to apologize to his sister and to put his toys away.  Result:  The focus of Tommy’s attention is placed on his behavior and how to correct the situation.  He learns from his mistake and knows what to do the next time a situation like this may arise.

The “Glass Half Full” Approach

So, while some believe that punishment and discipline are one in the same, we now know differently.  While punishment may offer a quick, short-term fix, it is not a constructive way to address the issue in the long run.  Discipline, on the other hand, is a loving way to show children your desire to keep them safe, teach them to make healthy choices for themselves, and gain independence.

Next time your child misbehaves, take a positive approach and keep the end goal in mind.  When addressing the issue, focus not only on resolving the situation at hand, but also helping your child correct the behavior so that he can handle it on his own in the future in a constructive manner. 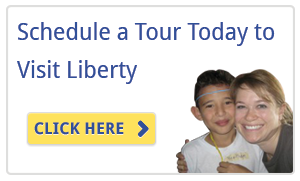