Our Earth. An incredible place. Each year, on April 22nd people from all over the world celebrate in what is known as Earth Day! Earth Day not only raises awareness but puts words into actions to fight against things like pollution and deforestation.

Earth Day was officially created in 1970 by a Wisconsin Senator to help raise awareness about environmental issues. (Find out more about the origins of Earth Day on their website: https://www.earthday.org/history/)

Here are some ways YOU can participate in Earth Day - not JUST on April 22nd, but any time of year to help save our planet! This is not just a catchy alliteration, but a clever way of remembering some VERY practical ways of helping our planet thrive:

The possibilities are endless! How will you celebrate Earth Day this year?

I sat parked in my car near the lake, watching the water while trying to shut down thoughts about the “problem of the day.” I didn’t want anything or any power to distract me from missing what God had for me in the present moment. And then I saw him. At first there were two and I had been watching them play without REALLY noticing them, without REALLY seeing them. He was just a little squirrel, plump and playful, in the leaves. Squirrels love to find treasures. They will work very hard to reach their treasure only to bury it and forget it. Yet God cares for that forgetful little creature.

How squirrel- like I can be at times? I run in five different directions trying to store up all that I think my children will need... only to bury it. We buy that game, but we bury it because we don’t have time to play it.

We see our child’s talent, but we bury it because we don’t know how to support it. We give our children all the right tools, but they too end up buried. Simply because we don’t know how to teach our kids how to build the Godly character they will need to use those tools, without the support of a community. We work hard to get all the right material items and sign up for all the right activities. Still we aren’t perfect parents and we don’t always feel like we have the time or support needed to do all of the things we think our children need, and we bury it. I thought about how God cared for that little squirrel and Matthew 6 came to me:

“Therefore I tell you, do not worry about your life, what you will eat or drink; or about your body, what you will wear. Is not life more than food, and the body more than clothes? Look at the birds of the air; they do not sow or reap or store away in barns, and yet your heavenly Father feeds them. Are you not much more valuable than they? Can any one of you by worrying add a single hour to your life?” Suddenly I could hear the birds chirping and I felt embraced by God’s promises.  Why then do I worry about storing up riches? Why do I squirm around like a squirrel burying treasures for my children that we will soon forget?  I don’t know about you, but I don’t want my children’s inheritance in my squirrel-like hands. No much better that they, like their inheritance, are in God’s hands. Of course I want to give my children good gifts, but I don’t need to worry about what they will lack or who they will lean on. I don’t have to worry about them having the best clothes or a trust fund to draw from. The Lord goes with them. He will provide for them. I’m grateful that God sees my squirrel-like hands and looks on them with love. He takes them in His powerful hands and whispers “You can trust me to take care of your children, for I made them and loved them before they were born.”

Through faith in the hands of God, I can give my children the gift of learning to trust Him. Learning To Lean on Him.  So, I can loosen my squirrel-like grip on the buried treasures of  the top ten summer camp sign ups, posh playdates, and world class vacations. I can shift my gaze to the One who made my children and thank Him for teaching them His word through their Christian  education. I can store up the treasures of hearing my children speak about the Lord’s plan for their life with confidence. I can store up the treasures of hearing my children pray through their problems and love others like Jesus. These treasures are stored in the eternal home of my children’s hearts. And that heavenly treasure won’t be lost among the squirrel treasures here on earth. Every moment of time I invest in pointing my children toward Jesus is stored up, and I am so glad I don’t have to do it on my own. The Lord works through his people in the Christian community and Christian education to help me when my squirrely hands need a helping hand.

Encourage Your Teachers (and Here's Why...)

The men and women at Liberty Christian School who are called to the ministry of education, need our support. With little to no notice, they were catapulted from classroom educators, to virtual reality stars. The dual roles of teaching in the hybrid environment are nothing short of exceptional.

As believers, we should support, uplift, pray for and encourage one another. Speaking into the lives of God’s children, is an awesome responsibility. We must keep in mind that teachers have families and lives of their own. More often than not, they’re teaching our children, as their own children are learning at home.

Here are a few ways to offer encouragement to your teacher:

Send a dojo message or email to brighten their day!! ((Or go the extra step and send in a hand written card!))

Keep the lines of communication open to ensure a collaborative approach to your child’s education.

Promptly pick up and drop off materials. 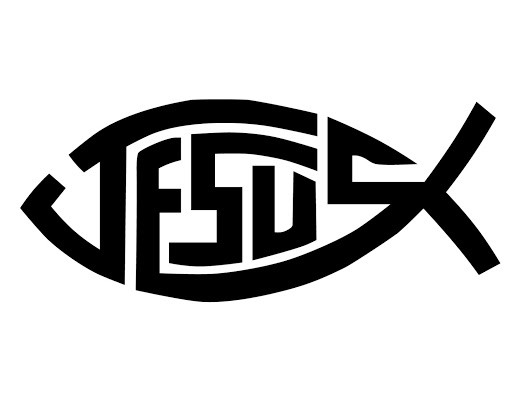 Lastly, extend the grace and love of Christ, that you expect in return. Greetings from Liberty Christian School in the year 2017.  In 2017, there was no robotics program and nobody knew if one even existed.   There were Legos, computers, Knex, and Erector sets.

Then one day, a parent began to explore the options for students to learn more about STEM.  In the late summer of 2017 robotics became a reality for five students, four boys and one girl.  That’s me, Hannah. I was the only girl on the team. This  had its advantages and disadvantages. The boys mostly asked me to get things for them or to clean up stuff.  The boys really didn’t think much about me being there and often did their own thing until one day the coach asked the boys to do some documentation in the engineering notebook.

One of the boys responded with the comment,  “Can’t Hannah do that?”. Well... let me just say that never happened again.  My coach quickly stepped up to my defense and told the boys that I was not their secretary.  The whole dynamic of our team changed that day. I became one of the main coders last year and therefore did not do much building or driving.  We ended up having a very successful year with a great STEM project and went to the VEXIQ World Tournament. That was such an amazing experience.  I listened to so many motivational speakers who wanted to encourage the next generation of young kids to reach for the stars.  One person in particular that stands out in my mind is Ayah Bdeir. We have chosen her as our STEM role model because she was brave and found a way to make her dreams come true.

She is a female that had a dream and didn’t let anyone stop her.  I am sure that her girl power found it necessary to include men in the making of her Little Bits along the way but she did not let them take over her project.   She had a desire for electronics to reach the hands of all children, male and female. She did so with the invention of Little Bits. They are like an electronic version of Legos.  They are so cool! She had done it, she stepped into a world where men mainly dominated and made herself known.

At the VEX IQ World Tournament she stood before me receiving the 2018 STEM
HERO award and was inducted into the REC Foundation Hall of Fame for her personal and professional contributions to young people.  Ayah said that the power of “electronics should be in everyone’s hands so that anyone can build, pro-type, and invent”. In 2014, Popular Mechanics recognized her as one of 25 makers who are reinventing the American dream for her creation of Little Bits.  Little Bits were created so that at the simplest level children and adults can play with lights, sounds, and sensors without any previous experience. How cool is that? I was so inspired by her that I couldn’t wait to get back to school to tell all my friends about it!   From that day forward everyone wanted to join the robotics team. Hi, my name is Elizabeth.

Let’s jump forward to the summer of 2018.  I am one of the girls that was touched by Hannah’s enthusiasm of robotics and her trip to the World Tournament.

This summer LCS began enrollment for its next robotics team. Three of their original teams members were not going to return in the fall.  After having the first year behind them the LCS robotics team was ready to recruit for year two. This year we have grown from one team to three teams.  Guess what the boy to girl ratio is this year?

I will give you a hint…. It is not 4:1.   It is 7:7! We are equal in number. When we use the term GIRL POWER we do not stress that we are better than the boys.  We just want to encourage other girls to take the step into the STEM environment and see the many fun opportunities that are there for them to try. This picture shows the great support of our families.  Without them, none of this would be possible. They support us and our coaches.  They come to all of our tournaments and encourage us even when we don’t get a trophy.

We have as many girls interested as we do boys.  That is a great feeling to be in a group of equally diverse students.  Our coaches make sure that each of the students are equally challenged in all aspects of the program.  We all participate in brainstorming, building, coding, driving, and working in the engineering notebook. We all take turns at doing everything so that we know all about our robot and how it was designed and built.  Some of us are stronger in certain areas than others, but we continue to encourage each other to learn and grow.  Our coaches make sure that there is never a job that is labeled as a boy/girl job and therefore we are all treated with equal challenges.  Our coaches really do rock ( by the way, we have two female coaches and one male coach)!

Now let’s travel to the state tournament and beyond… hopefully, the summer of 2019 will bring us even more excited participants and our teams will grow even more as more girls are empowered to step out and feel welcomed to join this crazy, fun, mind challenging, afterschool world known as robotics.  We are beginning to understand that it is about the journey and the things we learn and take with us along the way.