How to Bully-Proof Your Child Liberty Christian students in 5th through 8th grade, as well as parents, faculty and staff recently had the opportunity to participate in The Protector’s “Freedom From Bullying”  program conducted by organization Founder and President Paul Coughlin.  This unique program provides kids the tools for living lives of courage, character and freedom from bullying.

According to Mr. Coughlin, the American Psychological Association estimates that 90 percent of fourth through eighth graders report being victims of some form of bullying. Bullying is defined as unwanted, agressive behavior involving a real or perceived power imbalance and occurs repetitively over time.

The Theater of Bullying

The Protectors program is based on the premise that bullying needs a conducive environment to exist and thrive.  It needs a theater.  The Protectors strive to dismantle the theater by getting the “four characters” to change their role.

Bully - The number one reason someone becomes a bully is because they think they are more important than anyone else.  In most cases, bullies don’t want to physically hurt others, they want to control them.

Target - Children who are fearful, timid, weak or not liked are prime targets for bullies.

Bystander - The audience of children and fellow classmates.  These individuals have the potential to become accomplices by either failing to act or worse, by encouraging tormentors.

Authority - The audience of instructors, administrators, coaches and anyone else who works with youth.

Transforming Bystanders into “Alongside Standers”

Since studies show that Bystanders possess the most potential power to transform the “Theater of Bullying” into a theater of character, freedom and justice, The Protectors focuses primarily upon the potential strength, heroic desire and rescuing capacity of Bystanders by transforming them into “Alongside Standers.”  By intervening on behalf of Targets, these Bystanders have the potential to help create safer and happier schools as well as character within themselves.

The Protectors also provide assertivness training for Targets, help Authority dispel the many damaging myths about bullying, and inspire children who bully to employ their power in life-affirming directions instead. In addition to the programs and training available to the “characters” in the Theater of Bullying, The Protectors also offers resources for parents, including Mr. Coughlin’s book, Raising Bully-Proof Kids.  This ground-breaking book in the field of parenting explains how with the best of intentions an alarming number of parents are raising fragile, passive and even narcissistic children due to over-parenting, creating prime candidates for bullying throughout their school years.  The book offers a faith-based approach to raising assertive, confident and strong children who grow in courage, character and leadership. Here are some key points from the book:

Ultimately, this engaging book offers stories, insights and instruction that show parents how to  raise assertive (not passive or aggressive) children who are able to live abundant lives and are better able to love God and others as they love themselves.  Kids of character.

Please visit The Protectors website for more information and resources.

3 Ways to Foster a Bully-Free Environment October is National Bullying Prevention Month.  According to the U.S Department of Health and Human Services anti-bullying website, 1 in 3 U.S. students say they have been bullied.  On the flip side, various studies indicate between 40 and 80 percent of middle schoolers admit to bullying behavior.  Bullying is a serious issue for both victims and perpetrators alike.

In a previous blog, we shared ways to empower your child against bullies.  Today, we will share three things you can do to create a safe and supportive environment that can help keep bullying at bay:

3 Tips to Empowering Your Child Against Bullies

Children face many challenges, both positive and negative, throughout the course of a school day. Overcoming positive challenges, such as doing well on a difficult spelling test or finally understanding a complex math concept, can do wonders in building a child’s self-confidence and fostering a love of learning. On the other hand, negative challenges can have the opposite effect.  One common challenge, bullying, can also threaten a child’s safety and overall well-being.   So what exactly is bullying and what can be done to stop it?

Bullying involves the use of force or threat to abuse, intimidate or impose domination over others in an aggressive manner.  In other words, bullying involves kids using power to control other kids.  Bullying can be physical or verbal in nature, and is a repetitive act that takes place over time.  How can you know if your child is the victim of a bully and what can you do to help stop it?  Here are three steps you can take:

Since most children are not going to admit they are being bullied, it is up to you to be observant and look for the potential signs.  Has your child become unusually anxious, moody or withdrawn?  Have you noticed a loss of appetite or increased sleeping problems?  Does your child often want to stay home from school?  Have you discovered any unexplained injuries, bruises, or that your child is missing money or valuables?  While these signs may not necessarily mean your child is being bullied, they need to be taken seriously if you suspect something is going on.

2.  Open the Lines of Communication

Provide the opportunity for your child to discuss the situation with you and listen calmly and objectively.  Your goal at this point is to learn the whole story before taking the next step.  Let your child do the talking and refrain from over-reacting or being judgmental.  Otherwise you run the risk of closing any future lines of communication as your child may not feel safe in sharing as result of your negative reaction.  If your child will not open up to you, encourage him to talk to other close adults, such as a teacher, aunt, or other trusted adult.  The objective is to get your child to open up about the situation so that it can be addressed.

Although you may be tempted to step in and fix the problem yourself, you need to step back and focus on what will be most beneficial for your child in the long run: helping your child develop the skills necessary to solve the problem on his or her own terms.  Ask questions and help your child understand what the outcomes might be of their words or actions.  Explain some effective strategies for handling bullies and work with your child to come up with a plan of action.  Strategies may include teaching your child not to react in an angry or fearful manner as these emotions will only fuel the situation; coming up with simple phrases to say and walk away, such as “stop it” or “that’s enough;” encouraging your child to stick close to a friend as bullies are more likely to target children in isolation; telling your child to talk to an adult who is in a position to address the situation.

While it is important to teach your child how to deal with a bully, it is also important to make sure your child’s teacher is aware of the situation to ensure the necessary steps are taken at school to address the issue.  Working together, you can help foster a more positive and respectful social environment. 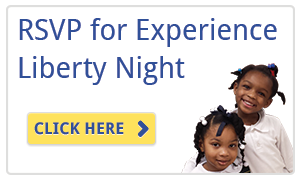